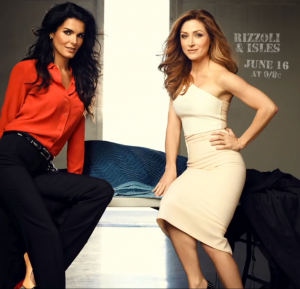 Rizzoli & Isles launched in 2010, finishing its first year as basic cable’s #1 new series. Each year since, it has ranked as one of basic cable’s Top 5 series with total viewers, as well as one of basic cable’s Top 10 series with adults 25-54. The show topped the charts last summer as basic cable’s #1 series, with 7.6 million viewers in Live + 7 delivery. It was also the #2 series (behind TNT’s The Last Ship) among adults 25-54 and ranked among the Top 5 with adults 18-49 for the summer. When incorporating TNT’s multiple platforms, including live viewing, DVR playback, set-top VOD and digital on-demand, the summer run reached a total of 13.6 million viewers per episode. Rizzoli & Isles is produced by Warner Horizon Television and Bill Haber’s Ostar Productions, with Haber and showrunner Jan Nash serving as executive producers. The show was developed by Janet Tamaro and is based on a series of novels by best-selling crime writer Tess Gerritsen.