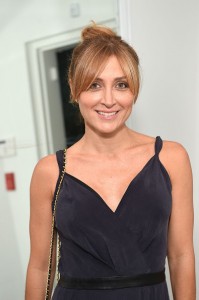 The list of presenters at the Creative Arts Emmy Awards includes reality stars … and those who pretend to work on a reality show.

“Project Runway’s” Heidi Klum and “UnReal” stars Shiri Appleby and Constance Zimmer are among the final list of talent who will be presenting during the ceremony.

The list also includes past and current nominees Scott Aukerman, who was part of the “Between Two Ferns With Zach Galifianakis” team that took home the 2014 Emmy for outstanding short-format live-action entertainment program; “House of Cards’” Reg E. Cathey, who is nominated for his second year in a row in the guest actor in a drama series category; and “Big Bang Theory” co-creator Chuck Lorre.

The Creative Arts Emmys will be held Sept. 12 at the Microsoft Theater. A two-hour version of the awards show will air at 8 p.m. Sept. 19 on FXX. Fox will broadcast the 67th Primetime Emmy Awards live on Sept. 20.