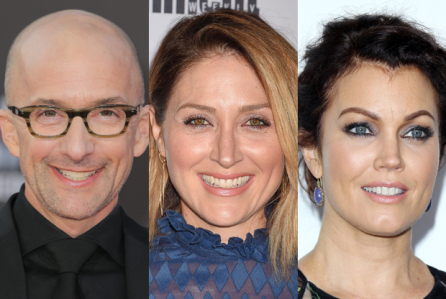 The comedy is about two old friends and the women who complicate their lives. It is based on characters that Feiffer first introduced in 1957 in his eponymous cartoon strip in The Village Voice, and later in cartoons for Playboy Magazine in the 1980s. Mirvish and Bernie Stern are producing the pic with John Feitelson, Will McCance and Chris Schuman aboard to exec produce.

Rash, repped by Primary Wave Entertainment, starred as Dean Pelton in NBC’s Community. Alexander, with UTA and Circle of Confusion, recently wrapped seven seasons as Maura Isles on TNT’s Rizzoli & Isles. Young is best known as Mellie Grant on ABC’s Scandal and is repped by Paradigm. Darville is a regular on the Marvel/Netflix series Jessica Jones and is with Paradigm, Echo Lake Entertainment and Myman Greenspan. Repped by Innovative and Forster Entertainment, Kind is in the Amazon series Red Oaks.  Rogen can be heard in Sony’s animated pic Sausage Party and is with UTA and Principal Entertainment LA. Fero, with UTA and Principate-Young, has appeared in @midnight. O’Connor has appeared on shows like The Good Wife and Rescue Me and is repped by Robert Stein Management and Innovative. Innovative reps Woodall, whose film credits include XOXO and The Bye Bye Man. Whitman, aka Amber Holt on NBC’s Parenthood, is repped by ICM and Adam Kaller.