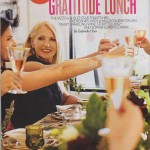 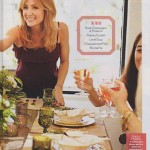 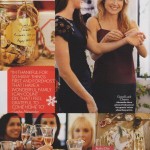 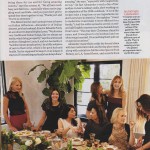 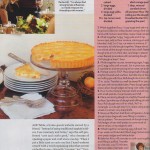 The second half of Season 4 of Rizzoli & Isles is as fresh and fun as the series was in Season 1!

Our Favorite TNT duo returned to take on killer clowns and relationship complications.

“Will they or won’t they?”
(Thank you to @Sandy_CH for the article and @Rizzoli_IslesFR for the translation.) 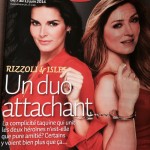 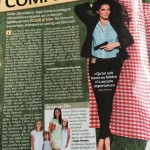 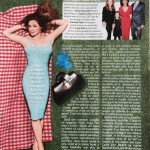 Sasha Alexander and Angie Harmon share a teasing complicity which shows also on Rizzoli & Isles. It is not surprising some expect a television coming out!

Dr. Maura Isles is the most elegant medical examiners of the tv world, wearing Prada, Valentino and Givenchy’s dresses and suits with an undisguised pleasure, perched on Jimmy Choo, Louboutin or Manolo Blahnik. But in life, Sasha Alexander, the actress who plays her since 5 seasons is more comfortable in flat shoes, even wearing Birkenstock on the set of Rizzoli & Isles. A heresy for Angie Harmon, who plays the detective Jane Rizzoli. If her character is a tomboy, the actress is the opposite : addicted to upmarket shopping and designer stiletto heels. Impossible for this fashonista, to allow the Birkenstocks! “You must take them off ! You can’t wear those ever again ! I can’t even rehearse with you if you wear them !” she claimed, completely distracted by the discovery of this “horror” at Sasha Alexander’s feet.

But when, later, Angie Harmon knew that the brand Celine had to sell luxury Birkenstocks with fur, she could not help herself to buy a pair “just to make Sasha laugh although they are expensive “; after she walked into the set and mocked her, saying, “If you absolutely going to wear them, they must be the couture version !”. This anecdote, told by the main interested party to Yahoo TV shows well the teasing complicity between the two actresses. And it looks like the one between Maura and Jane in every episode. A complicity in which some people see more than just a friendship, Rizzoli & Isles is also often defined as “a lesbian police tv show which still ignores it” or “the gayest non gay TV show”

The multiplication of the winks

If, in the novels of Tess Gerritsen, which inspired the show, the doubt is not allowed, on the small screen, the writers seem to take a perverse pleasure in leaving some doubt or at least to multiply winks to this theory. We saw in particular the both heroines claiming to be a couple to discourage a slightly too insistent admirer – it is the favorite scene of Sasha Alexander! – and Jane pretenting to be a lesbian to unmask a murderer. With, as a bonus, delicious dialogues, filmed in a bed. Maura: “I wonder what kind of women we would like, if we liked women ?”. And Jane to answer: “Well, first of all, I would be the guy!”. Or, while one say “you’re not my type!” the other one, cut to the quick, answer “What do you mean I’m not your type ? That is so rude!”.

In an interview to More Magazine, Angie Harmon confided “Whether we’re gay or straight, it doesn’t matter. We’re all women. We all have the same wonderful situations happen to us, the same horrific situations. We all get our hearts broken..”. Either Sasha Alexander does not take offence that certain fans believe Rizzoli & Isles are lovers, her who says she is herself proud of this relationship, “whatever the way people want to interpret it”. And to confess that, sometimes, Angie Harmon and her go a little farther than what is in the script and that certain takes, not included in the final editing, are “rather provocating”. Moreover she admitted to Advocate.com: “I think that if Jane were open to it, I think Maura would absolutely experiment because she’s just a little bit more open-minded in that way. But Jane would never. She’s so straight!”. Then, the fount of knowledge whom sometimes the staggering naivety and the overflowing enthusiasm makes her touching and the tomboy detective who hates the sentimental effusions will eventually finish to come out on the small screen ? A thing is sure, everybody agrees to say they are not repressed lesbians but that it would be rather a unique love story which goes beyond their sexual preferences framework.

Anyway, if we want to be perfectly fair, it would be necessary to consider Rizzoli & Isles as any duet of investigators made up of a man and a woman who share a certain alchemy and wonder if we really want to see them in a couple. If we consider that to put Castle with Beckett or to marry Bones and Booth were mistakes which removed the charm of these two tv shows, we vote against. Or then, ultimately, at the end, the writers can half-open a door as they made for Mulder and Scully in X Files or DiNozzo and Ziva in NCIS.